Getting tired of these. Every time there is a large storm in the continental US, we get the swells from that storm, travelling down in about a weeks time. This year has been bad for those in the US and us as a result.
We don't want to head back around the island , so think we'll pop over to Jost Van Dyke, check into the BVI's and weather out the swell from there. Think we'll try Little harbour as we have never been there.
As we pull into grab a ball, we notice that Ken and Dorothy from Sarnia , Ontario. on  Blue Star have also just anchored. and they too are riding out the swell. Sydneys Peace and Love seems like a good place for dinner and there is a band, so the 4 of us decide its Sydneys for dinner.

A French boat grabs the ball beside us and its way too close. This could be bumper boats in the night. We were here 1st so have no intentions of moving. The French boat is much newer and takes one look at Ocean Wings, doesn't want our old boat putting any marks on his new one, so guess who moved????
We also met a nice young Barrie couple with 2 little girls aboard, down for a floating holiday and a look around for their own boat to take off cruising full time with their daughter.
Both Blue star and Ocean Wings decide to hop to the next bay to check out the bubbly pools. 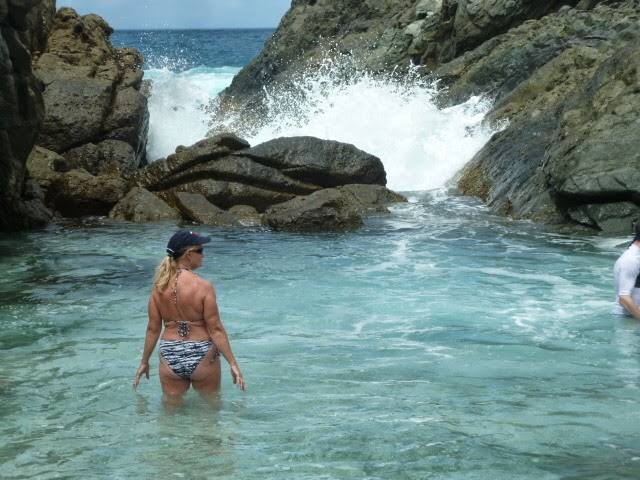 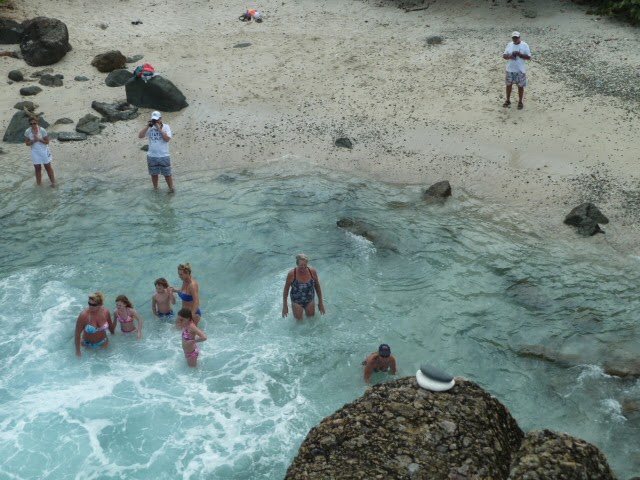 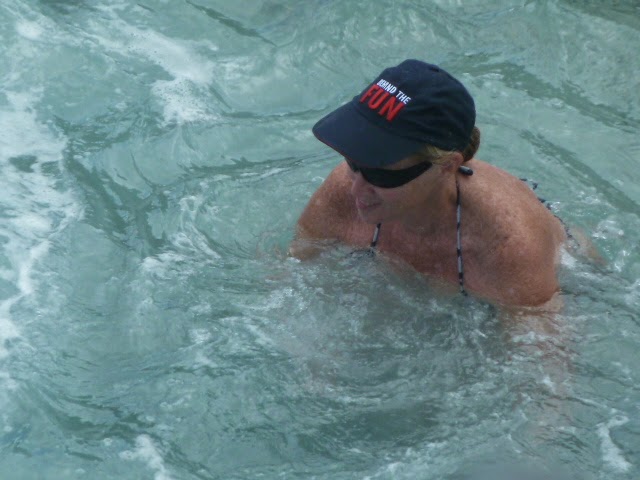 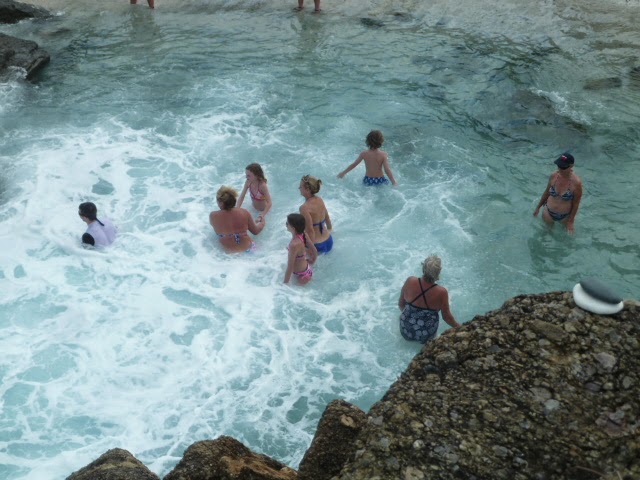 We anchor on the inside of a shallow reef, with the waves rolling in toward that reef from the northern open ocean on the other side, yet calm as can be on our side. 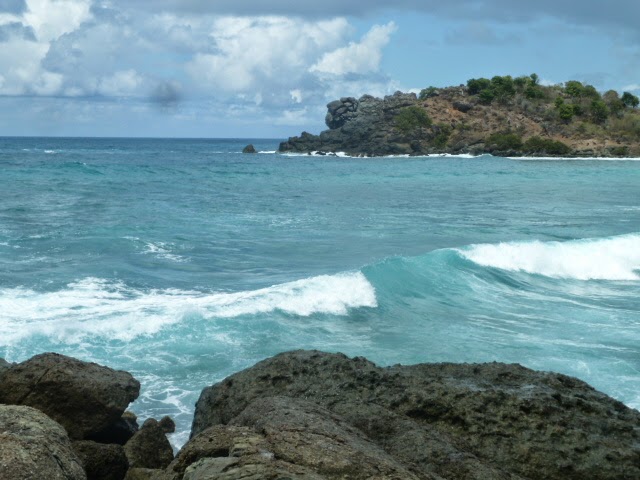 A couple of locals were also in Diamond Cay, parked on the dock waiting out the swell as well 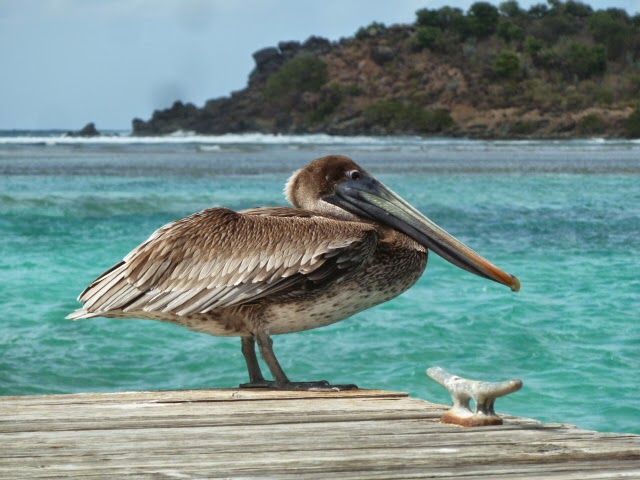 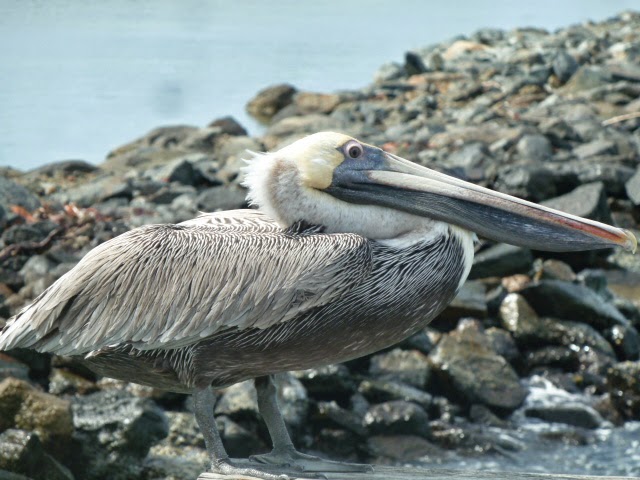