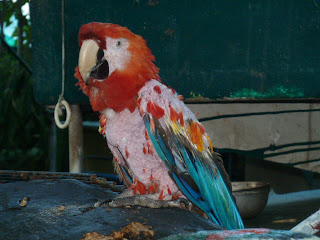 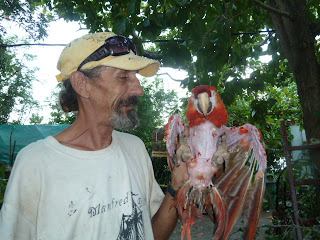 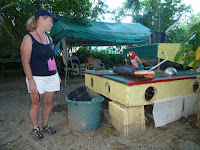 This is Fire's story! Fire was raised on a boat as the only bird, King of his own little castle.  I must confess I do not know what happened to Fires owner, but suddenly Fire lost his happy little floating home. He was given to a man with many other parrots who placed him a cage with others of his kind, thinking that he would need the company.
However parrots don't particularily like newcomers, so they brutalized poor Fire. attacking him over and over and pecking him and pulling out his feathers.  By the time his new owner noticed he was bald all but his head and covered in cuts. His spirit was gone and he was a terrified bird.
Fire found a new home on Hassle Island with Manfred the sail maker, where he has the garden to himself and a large cage to keep him safe and warm. As dusk falls he shivers with cold as his feathers have not grown in well and he is so truamatized that now he himself pulls out the new ones.
But he is safe and cared for and maybe someday he will be Fire again! 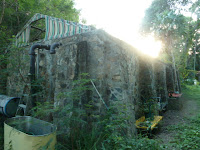 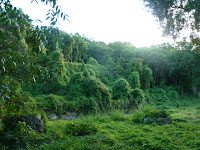