Off we head , even though its good friday and most likely everyone is holidaying there, we're, of course hoping for a ball so we won't have to anchor and pull up the 150 to 200 ft of 3/8 chain that Gord puts out.  No such luck, as predicted, everyone is here and just as Tom and Meg grab the tether on one ball, drift a bit, another french boat swoops in and grabs it right away from them. We cruise, searching for someone leaving, we spy one and head lickety split for it , again another french boat pours on the power and grabs it in front of us.
The only thing I can say about french boaters is that they are the rudest, most unseaman -like boaters that I have ever encountered. They follow none of the rules of acceptable courtesy and they breach everyone's right of way repeatedly.
To top it all off, after anchoring practically in your cockpit, they proceed to strut around naked on their boats and wash their privates very publically on the their back transoms, so close, they're practically in your face.  I simply cannot see how they could possibly think they have anything worth showing off... lard asses and pot bellies are not the Caribbean view I came for! 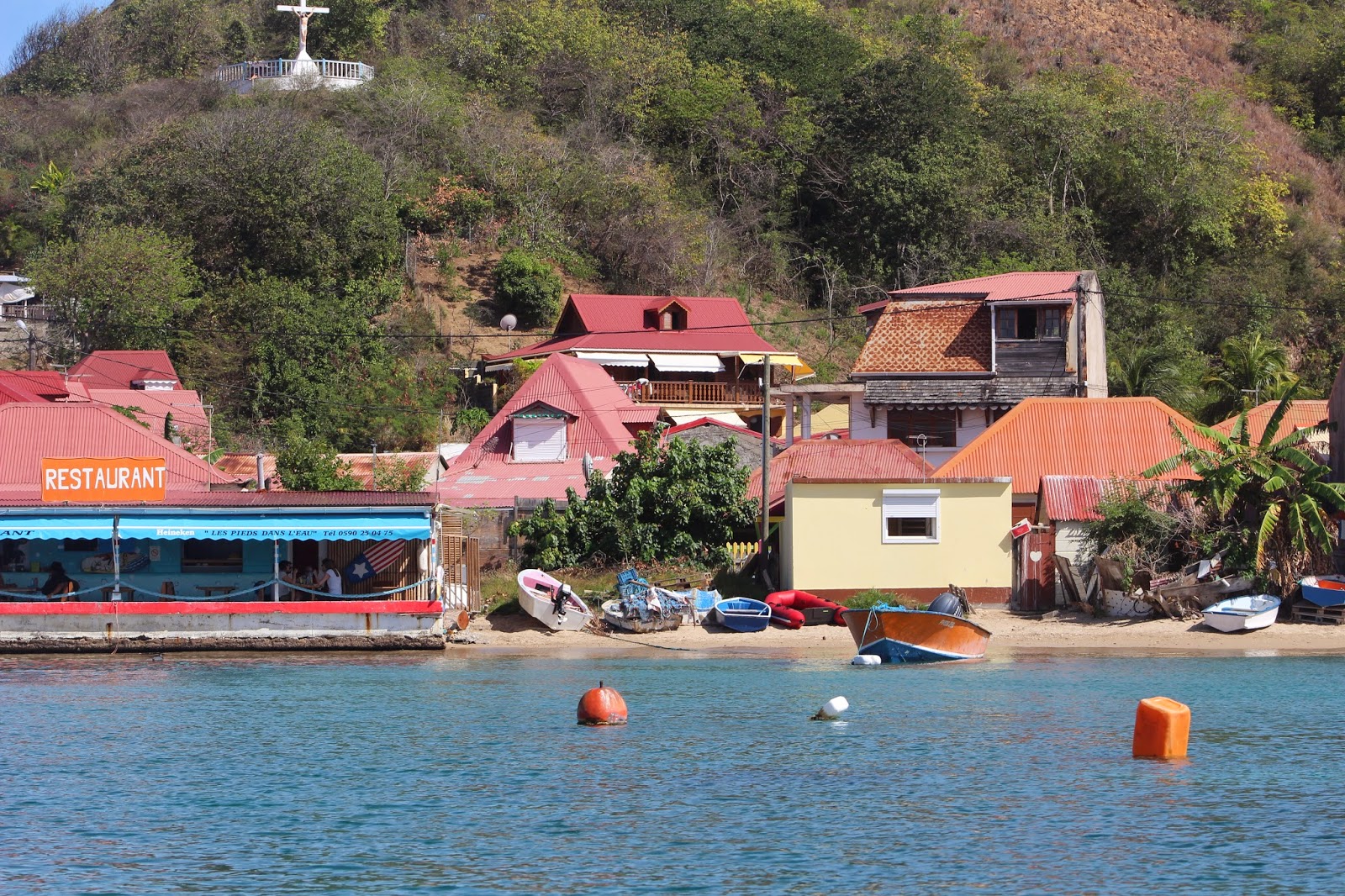 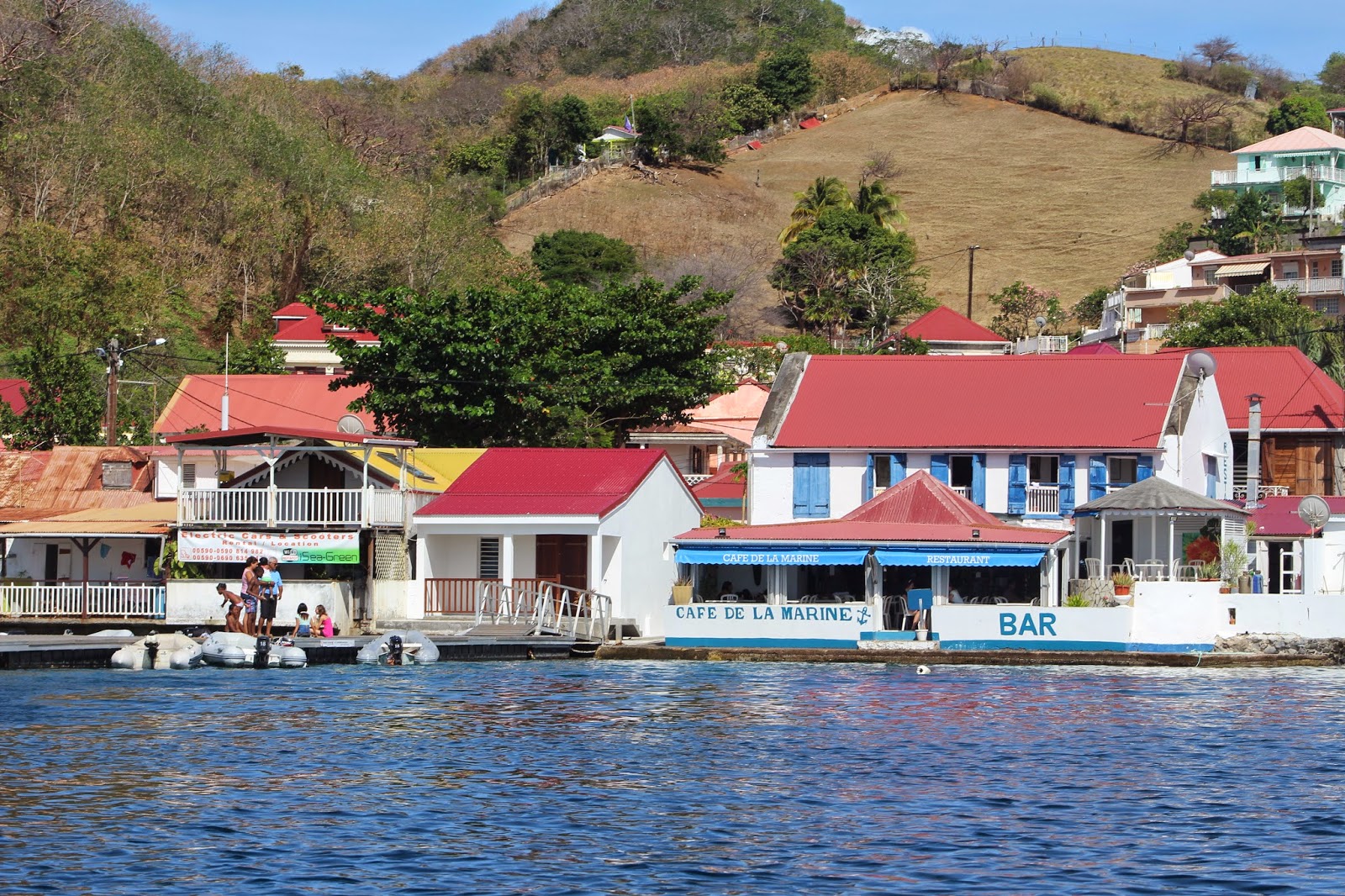 Meg and I had to seriously control ourselves, the fashions were just too tempting. 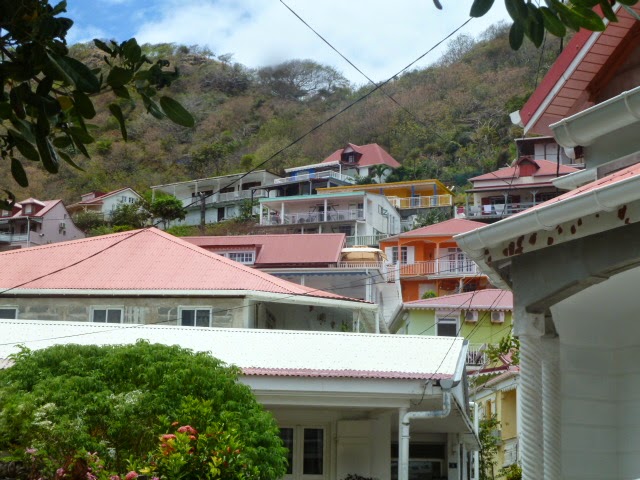 On Easter Sunday there was a crab festival going on. Everything crab themed. From crab races by the kids pets to food tents selling everything crab.  The aromas were mouth watering. 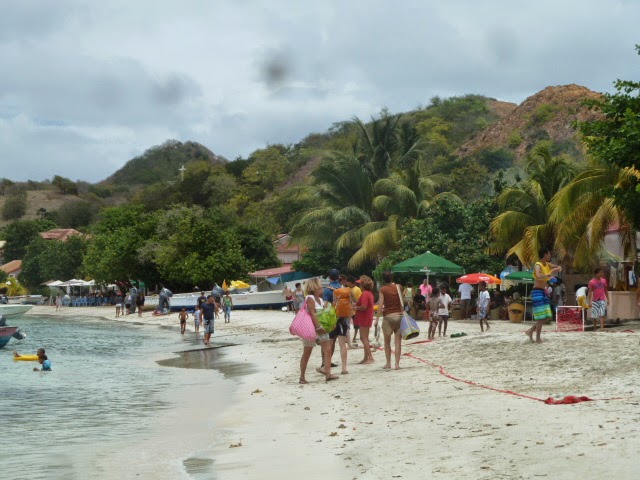 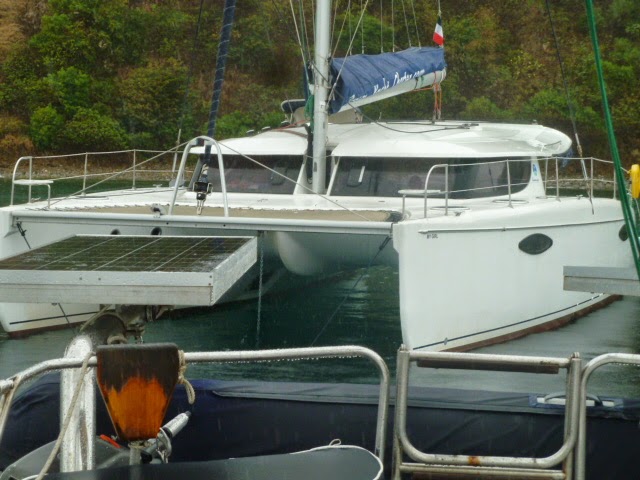 Its easter weekend and the crowds are here in full force.

This was not the sleepy seaside town we expected. There were motor scooters and electric carts buzzing everywhere, at break neck speeds and nearly running over everyone in their paths with none available to rent.

No touring here and we saw nothing of the island except the shops and restaurants.

Monday morning we lined up for check out , and were heading for Dominica our final planned for destination.
Wow! change of plan, without warning Tom and Meg announce they're  not coming to Dominica and instead they have been on the phone all morning seeing if they can haul out in Antigua, instead of completing our journey together.

We didn't come all this way to miss Dominca, so were not doing that! Gord has beaten his way north to Antigua before and while it is a very picturesque place, its also extremely expensive to stay there, fly from there and buy anything there. Not to mention the wicked winds and sailing conditions in Dec-March.  That's why race week is held in April and it's rapidly approaching so the harbours will be filling with yachts and race boats from all over the world. Hope they can get hauled and out of there before the harbours run browner than they usually are, movement is at a snails pace and eating out requires bribes or very lengthy waits.
The anchor is a bit of a pain, but doable and we get it up ourselves and then head for Dominica.
Awesome sail, best yet. We had the usual mizzen and jib up at about 75-90 degress off the wind and we flew over the waves at 8.5 knots.  One of the boat boys- Pancho  met our boat as we crusied into Rousseau  harbour,  the furthest southern harbour, guided us right to a ball, where he handed us up the tether.  Within  4 hours we were sipping cocktails on the deck and not a worry at all about the anchor.